Is it better to improve people’s health by tackling specific diseases or by strengthening health systems? That’s a perennial debate in the global health community, between those enthusiastic about the power of disease-focused “vertical” programs, and others who stress the sustainability of system-oriented “horizontal” interventions. For someone relatively new to the global health world, this argument reminds me of obscure theological schisms that generated huge passions, but were sometimes divorced from reality.

The Global Fund is – from the perspective of this debate – the archetypal “vertical” player, given our explicit focus on AIDS, TB and malaria. Yet the reality is that the Global Fund is also one of the largest providers of funding for “horizontal” interventions to strengthen health systems.

This dichotomy between disease-specific strategies and the pursuit of universal health coverage is simply false. The reality is that we won’t eliminate AIDS, TB or malaria without building resilient health systems that are truly universal, that reach the poor, the marginal and vulnerable people who often get left behind. The other reality is that a health system that isn’t effectively protecting people from AIDS, TB and malaria isn’t much good as a health system.

We need both: a results-driven approach to fighting AIDS, TB and malaria as a crucial part of the pathway to the Sustainable Development Goal of universal health coverage; and sustained investment in health systems that underpin efforts to eliminate the epidemics.

The ways the Global Fund works with partners reflect this reality. Whether it is health extension workers in Ethiopia, community health insurance in Rwanda, or supply chain diagnostics in Tanzania, we are investing to build more resilient and sustainable health systems. It adds up. We invest about US$1 billion per year in strengthening health systems, making the Global Fund the largest provider of grants to build health systems among the multilateral institutions.

Moreover, the Global Fund acts as a powerful catalyst for domestic investment in health. Through co-financing obligations, we leverage our investment to encourage greater domestic resource commitments. This works. In the 2017-2019 cycle, governments in the countries in which we are active are committing roughly 40 percent more financial resources than in the previous cycle. We also invest heavily in health information systems and health accounting systems to ensure the money is well targeted and properly controlled.

Should we shift even more of our investment from disease-specific priorities to building the health system as a whole? We take a country-by-country approach. Some countries need us to invest alongside them in strengthening components of their health system. Others want us to focus on purchasing medical products, such as antiretrovirals and mosquito nets, leveraging our comparative advantage in sourcing quality medicines at the lowest prices, while freeing up domestic resources for investment in health systems strengthening. These trade-offs are very country-specific, and it would be a mistake to assume that there’s a single answer.

Ultimately we need more money for both. To end the epidemics we need to step up investment in fighting the three diseases. To achieve universal health coverage we need to step up investment in strengthening health systems. And while international partners, such as the Global Fund, will continue to play a crucial role, most of the incremental money will need to come from domestic resources.

We also need to get smarter in how we invest. There are still too many silos in health care provision, still too many “one size fits all” solutions. We need to become much more patient-centered, treating the person, not the disease. We need to get much better in using data to target interventions more effectively.

One thing the Global Fund won’t do is lose our focus on results. In general, health system development projects have had a mixed record of success. By contrast, the Global Fund has an extraordinary record of delivering impact – saving lives, reducing prevalence and increasing access to services. We believe investments in health systems should be made with the same relentless focus on value-for-money, outcomes and impact.

The interdependence between ending the epidemics and building the health system isn’t just theory. Take Japan. Following World War II, TB was the biggest killer in Japan. The government launched a massive campaign against TB in 1951 – ultimately highly successful – and it became the platform for Japan’s system of universal health coverage. After last month’s United Nations High Level Meeting on TB, where many countries made bold commitments to tackle the infectious disease that kills the most people, it’s timely to recognize that conquering TB requires investment in strengthening health systems, and can be a compelling pathway to universal health coverage.

To achieve the overall SDG 3 goal of greater health and well-being for all, we must both end the epidemics of AIDS, TB and malaria and must build stronger health systems that can deliver universal health coverage. The debate should not be about which to do, but about how we achieve both. 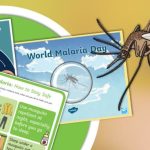 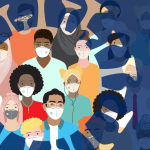 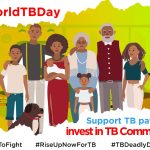