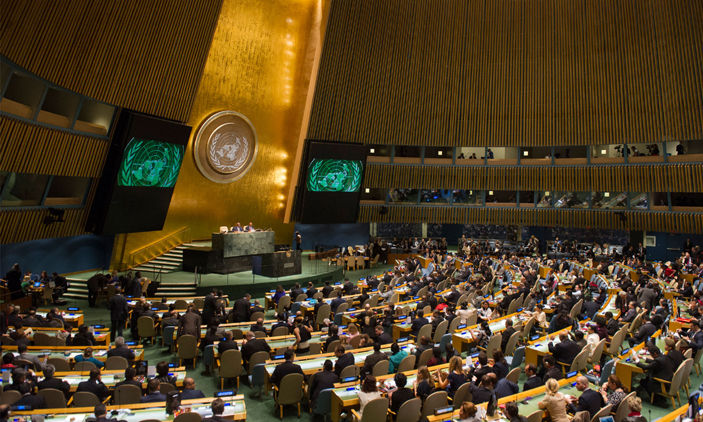 It’s the world’s number one killer among infectious diseases, but tuberculosis has been eclipsed by HIV/AIDS as a focus of global attention and donor funding.

When world leaders gather at the United Nations next month, they will be asked to change that by committing to end the tuberculosis pandemic by 2030 and come up with $13 billion annually to achieve that goal.

A row between the United States and South Africa threatens, however, to cast a pall over the first high-level meeting on tuberculosis, to be held on the sidelines of the General Assembly meeting in New York.

Billionaire philanthropist Bill Gates whose global fund has done game-changing work to boost public health in poor countries will be among the headliners of the TB summit on September 26.

“TB is not a disease of the past, but if the world works together to fight it, I have no doubt it can be,” Gates said in post on Twitter.

Two months of negotiations on a final declaration were scheduled to wrap up in July, but the talks have dragged on after South Africa opposed US proposals to delete language that recognizes the right of poorer countries to access cheaper medicines.

Medical charity MSF has applauded South Africa’s stance and urged countries to resist what it has described as “an aggressive push” by the US pharmaceutical lobby to restrict access to low-cost drugs.

Diplomats said negotiations were continuing on a possible compromise.

Last year, the World Health Organization sounded the alarm when it said tuberculosis had surpassed HIV/AIDS as the world’s number one infectious killer and was the ninth cause of death worldwide.

About 1.7 million people died from TB in 2016 out of 10.4 million worldwide who became ill from the severe lung infection, according to the WHO.

Previous At AIDS 2018, UNAIDS calls for bold leadership to tackle the prevention crisis Next East Africa aims to eliminate HIV/Aids, preventable Maternal and Child Deaths by 2030