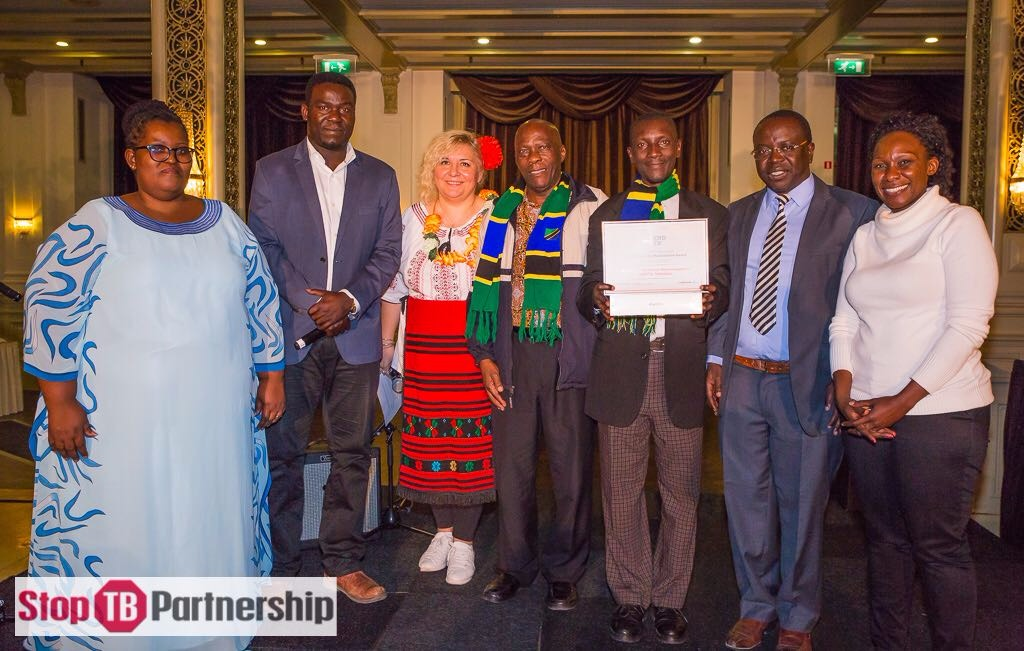 26 October 2018 │The Hague, The Netherlands – The 2018 Kochon Prize was awarded on Tuesday, 23 October to Minister of Health of South Africa Dr Aaron Motsoaledi and to the Global TB Caucus for outstanding political leadership to end TB. Mr Mualidi Ntahondi Nyamlenganwa, of the volunteer group MKUTA, based in Tanzania, received an honorary award from the Stop TB Partnership for Community Leadership and Mobilization.

The Kochon Prize is fully funded by the South Korea based Kochon Foundation, and Mr. Doohyun Kim, Chairman of the foundation, presented the awards along with Dr Lucica Ditiu, Executive Director of the Stop TB Partnership.

The prize given during an evening organized by the Stop TB Partnership, recognizes outstanding achievements in TB. The event was attended by over 200 TB leaders who shared their views on the importance of bold leadership across all disciplines to ensure delivery on the United Nations Political Declaration on TB adopted at the recent High-Level Meeting on TB in New York. Tamaryn Green, Miss South Africa 2018, TB survivor herself, shared the stage with the lively performances from Zambian star singer BFlow.
Nominated by TB Proof, a South African NGO, Minister Motsoaledi is globally recognized as a formidable Global Health and TB political leader.

More on this story